Delos A. Blodgett was a successful business owner who lived at various times across the United States, with interests in lumber, banking and real estate. Moving to the Upper Peninsula in 1848, Blodgett became a sawmill foreman, from which much of his early success extended into larger and larger ventures. Blodgett’s impact, and that of his children, is a story intrinsically linked to the history of Michigan, as their success was used for the good of those around them. A vital part of this story is found in the history of two buildings still standing in Grand Rapids, testaments to the legacy of Delos’ fortunes and the work of his offspring.The children of Delos and his wife Jennie, John Wood Blodgett and Susan Richmond Lowe, carried on the legacy of their father through their own ambitious ventures. John became president of the Muskegon Boom Company - a lumbering operation that was among the world’s most successful - and eventually chairman of Blodgett Company, Ltd., after the passing of his father. John would later establish Blodgett Hospital of Grand Rapids. His sister Susan was herself passionate about healthcare, establishing Butterworth Hospital with her husband Edward.Among the contributions of the Blodgett family to Grand Rapids stands two manors of historic significance, built to evoke the architectural styles of classical kings and English elegance. These buildings, once homes - John and his wife at one, and Susan and her husband at another - are a timeless part of Grand Rapids lore, and details of their lengthy construction have been pored over by historians local and otherwise.At what is often seen as the “head” of the Aquinas College campus stands a stately manor, preserved for many years and currently housing the College’s administrative offices. It is the former home of Susan Richmond Lowe and her husband Edward. Edward, then a member of the successful logging business of Susan’s father Delos, purchased in 1905 the 69-acre dairy farm upon which the building would eventually sit. 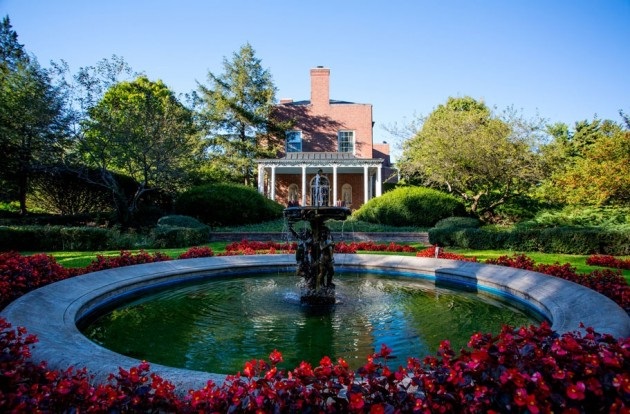 Listing information provided courtesy of the Ann Arbor Area Board of Realtors. IDX information is provided exclusively for consumers' personal, non-commercial use, and it may not be used for any purpose other than to identify prospective properties consumers may be interested in purchasing. The data is deemed reliable, but is not guaranteed accurate by the MLS.

Thank you for contacting us, we'll get back to you shortly.

Sorry, we are unable to send your message at the moment. Please try again later.